Wrestling has played such a significant part in my life and I guess it could be said that this would be obvious with Roy Wood as my father! However, people may not automatically understand the impact that it has had in my own personal world. Parents are role models and so our young eyes watch and learn to understand how to ‘do life’. Watching my father, I learned that wrestling was about so much more than the incredible sport that it is. Whilst it is tough, brutal, demanding, physically pushes a person to their limits, requires exceptional fitness and strength and is a very clever technical sport, it also has a hidden beautiful side that can go amiss for those not as close to the sport. This side is about relationships, closeness of a team, respect, honour and integrity between coaches and wrestlers. A place that build indomitable spirits and people in your corner championing you on in life. A place of respect, self worth, earned credibility and loyalty. And most of all a place where friends become family, team mates become brothers and coaches become parent figures and role models and someone who is a beacon of light when it comes to guiding students into how to navigate this crazy world that we live in!

My father would certainly say that Billy Riley taught him a lot about life and gave him great coaching on the mat but also great wisdom of how to navigate life well as a man. I then have had the privilege of watching my father do this for so many students who have entered the world of wrestling and my fathers life. I also had the chance to try and model this in my own life and help others. My starting point for this was of course wrestling and then led to me setting up a charity, Heartlift as I realised that wrestling was one of a number of ways that lives can be changed. Sport in general has this benefit. But it is not the sport in isolation, it is the people who make the sport. It is their passion, love and care that make the difference!

Legends of Catch including Billy Robinson and Karl Gotch recognised this just as my father did and so they chose Rileys / The Snake Pit as their place to train. They realised that if you want to be the best, you must wrestle the best! Good opponents make you the best you that you can be. They demand your best, they quickly highlight to you your areas of weakness and show you where you need to improve, they set a standard to aspire to, they keep you humble. They sharpen you!

This sharpening leads to not just winning on the mat but winning in life, in who you are, what you stand for and what you will leave behind in the minds and hearts of those you invest in!

Time is the most precious thing that we can give anyone and both my father and I have been very honoured and blessed to receive coaching awards and recognition for our investment. However, there is no greater honour for us than this…… To have people who walked in as wrestlers and walked out family! For this we give thanks to our heavenly Father!

God’s blessings to everyone, and thank you for taking time to read this. 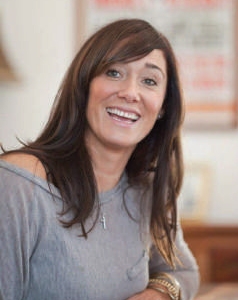 I became introduced to wrestling through a grassroots programme that Andrea was running in my college and I was immediately hooked!
I quickly got involved and then spent some time giving back and coaching young people including children with disabilities and also children from under privileged backgrounds. I particularly enjoyed helping those who were often not given the opportunity to be involved in wrestling. When Andrea mentioned that she wanted to revive the Catch wrestling, I signed up immediately and it has been a privilege to attend all the seminars and gradually learn the art of Catch wrestling and support Roy in the coaching.

Getting involved in wrestling is one of the best decisions I have made. It is a world where boys become men! It toughens you up both physically and mentally. I feel honoured to be part of the Snake Pit team and want to ensure that all that Roy has passed onto me that was passed to him by Billy Riley will continue and I will do my best to be part of building the future for Catch wrestling and keeping this great sport alive!

Roy and Andrea are dear friends, as are my team mates. I love that we preserve the culture what wrestling stood for historically, how we treat one another, how we carry ourselves in day to day life and how we train to be the best but always maintain a humbleness knowing that it is the only way to continually learn and grow”. 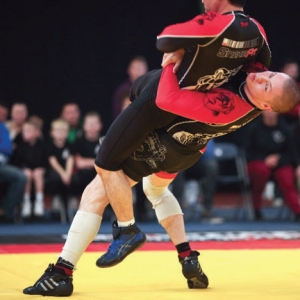 I started in martial arts in 1992 due to being bullied in school and it stopped me going off the rails and kept me grounded in my teenage years. In my 20’s I found the grappling art of BJJ and MMA and then later fell in love with wrestling and Catch. It helped me to become a more complete martial artist and I got to learn from some great coaches and made some great friends along the way. Combat sports definitely stopped me going down the wrong path and turned me into the confident man that I am today instead of that scared young boy. I am very thankful to Coach Roy Wood and Andrea Wood for giving me the opportunity to keep Catch alive. 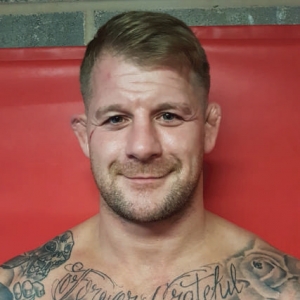 Could you tell us a little about yourself (age, where are you from , gym location etc)?

I am Osamu Matsunami, I was born in Kyoto, Japan in 1971 and grew up there. Kyoto had been the capital of Japan for more than 1’000 years before Tokyo was founded.
So Kyoto is a very historical city with many temples, shrines, Japanese gardens, and many other cultural heritages. I opened my catch wrestling gym in this city in December 2006, and it was named Riley’s Gym Kyoto by Roy Wood when he visited it in the spring of 2007.

How did you become interested in Lancashire catch as catch can?

In the 1970s – ’80s, when I was a child, pro-wrestling was a huge sport in Japan. I was a fan of the legend, Antonio Inoki. He learned from Karl Gotch and wrestled Billy Robinson, both of whom Billy Riley coached at The Snake Pit in Wigan. So Lancashire catch, Billy Riley’s Gym were well-known names among pro-wrestling fans then. No Japanese journalist had ever been to Wigan to report, though. Roy came to Japan in 1990 to coach young pro-wrestlers. I read some articles about his teaching and interviews in magazines saying that catch-as-catch-can was dying out in Wigan. I got interested in learning it, and flew to Wigan in May 1993 when I was 21.

How long did you train with Roy in Wigan, and what aspects did you enjoy the most?

My first vist to Wigan in May 1993 was a 10-day trip. Fortunately I was able to meet Roy, and he and his family gave me a warm welcome although I was an unexpected visitor.After that, I visited Wigan regularly to learn catch-as-catch-can from Roy until 2003. I stayed 4-6months each time .In the gym, there were not many senior wrestlers in ’93 – 95. We started with a circuit training to warm up, and then we just wrestled until Roy said “OK.” It was hard, but I enjoyed training with just a few wrestlers, being watched by Roy all the time. I lived in a pub near the gym and Roy came for a drink a couple of times a week. He would talk about wrestling while drinking. There, he taught me what was wrong with what I did in the sparring. He put down his beer glass, stood up, grabbed my wrist and started coaching me in the pub.

Also, I was often with him when he had to drive to far places on business. Again, in the car he started to talk about my sparring. Roy used to teach kids wrestling at the school near the gym in the afternoon. I was with him there too. I learned a lot not only at the gym, but also outside the gym. I enjoyed every moment I spent in Wigan. I was lucky to have such experience and that is all thanks to Roy and his family and all the people who supported me while I was in Wigan.

How long did you train with Billy Robinson in Japan and what aspects of his training did you enjoy the most?

As soon as I heard the news that a former UWF wrestler, Yuko Miyato opened a catch gym in Tokyo, and hired Billy Robinson as the head coach, I moved there and started to learn catch-as-catch-can from Billy. It was the early summer of 1999, and lived there until October 2001. By then, my English had improved a lot. I could speak best English in the gym, and I was like his interpreter in his wrestling class. I was amazed by his encyclopedic knowledge of wrestling. He always made me think ‘Why?’ and ‘How?’ Just doing the move correctly isn’t good enough. You have to know how the move works, what was wrong with what you did. Because everybody’s reaction is different, everybody has different length of arms and legs, height, weight, body strength, you have to understand how your moves work in order to adjust those differences.I loved learning the theory of wrestling. He always told me to “learn how to learn” wrestling.

Tell us a little about your gym and students ( do they enter competitions etc.)

Since I started my own gym, I have taught ‘pure catch as catch can’ wrestling to many students. Some of them took part in MMA and grappling competitions. It is okay with me that they enter competitions of other sport since we currently do not have pure catch competitions in Japan.

However, only pure catch is practiced at Riley Gym Kyoto. As MMA and other combat sports are becoming less popular in Japan, no wrestlers from my gym have entered competitions in the last few years. Unlike MMA grappling or Jujitsu, there are very few gyms (perhaps only Miyato’s and mine in Japan) that teach Lancashire catch. So I sometimes have visitors from cities very far from Kyoto.

I hope to hold pure catch competitions in Japan in the future.

What do you think is the most important thing in practicing catch?

I think that how good wrestler you are depends on how hard you have practiced and how much you have wrestled. Practice, practice and more practice believing that you are always improving. Today I think at the most gyms, they do some drills first, and have some rounds of 3-5 minute sparring.But I like the old style of training – ‘Just wrestle.’Wrestlers should just wrestle in front of the coach. When the wrestlers do something wrong, the coach corrects it and have them practice the proper move several times until they get it, and then carry on the sparring. I believe this is the best way to learn catch – Wrestle a lot, and drill the moves you did wrong in the sparring. 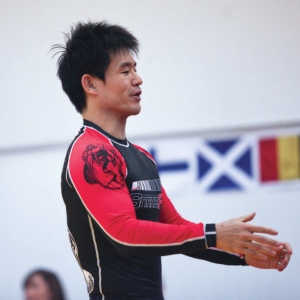 Learning at the Snake Pit is a tremendous experience, I can’t think of another place that has such a great atmosphere, everyone training without ego, developing together.

Roy Wood’s coaching is remarkable; he knows just when, and how much, to push you. He knows a counter from every position. You can be struggling away with all your might and Roy will say something simple like ‘just move your leg to there’ and suddenly the position shifts and you’re on top.

It’s been great helping teach the kids, seeing the art passing to another generation, an ancient physical literature that lives through them and helps teach them how to live. 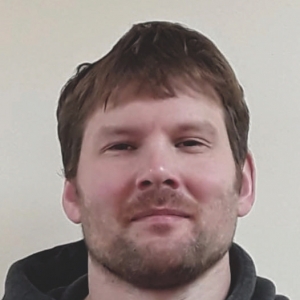